Market forces, resource intensive and profit intensive systems are creating havoc in our world, disrupting the planet’s ecosystems and society’s systems of democracy, justice and equality.  Climate change, is wiping out entire communities and earth’s life-sustaining biodiversity, threatening the freedom of diverse species and diverse cultures to evolve.  Species have disappeared at 1000 times the natural rate as monocultures and toxic chemicals are globalized through industrial agriculture.  Water is disappearing, and soils are being desertified, driving communities and people off their land.   Non communicable chronic diseases are emerging in epidemic proportions as our body is denied its essential biodiversity-based nutrition , and our vital gut micro-biome is assaulted by toxics.  The freedom of diverse species and diverse cultures to evolve is being threatened by greed and the extractive society and the totalitarian tendencies that hold it in place.

When globalisation was imposed on the world in the name of free trade, leaders created the illusion that it would close the gap between rich and poor and create equality. They proclaimed free trade was like «a rising tide which lifts all boats».  Instead, corporate globalisation has created a steady  tsunami that has wiped away small businesses, small farmers, small communities, local economies and local and national democracies everywhere. 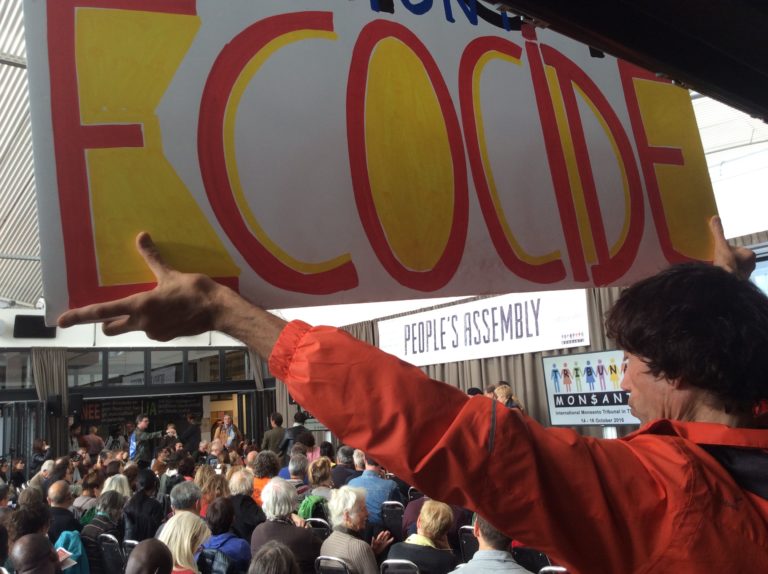 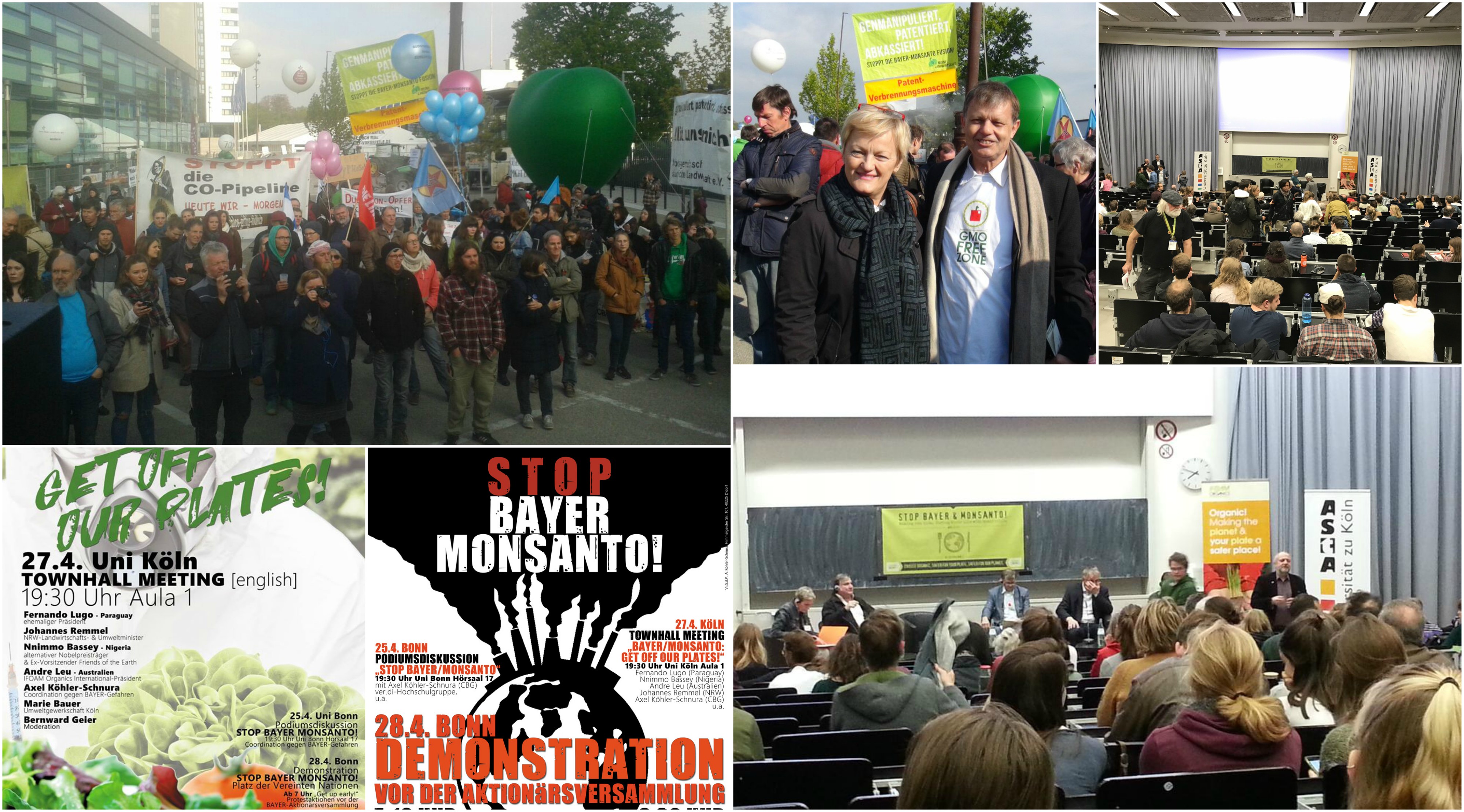 In 2018 a series of actions were co-organised in Germany. It kicked off in Düsseldorf with the «March Against Monsanto, Bayer & BASF» on May 19 and was followed, in Bonn, on May 24, by a press conference and a panel debate, organised by IFOAM – Organics International in cooperation with the Coalition Against BAYER-Dangers and Navdanya International which included the participation of Dr. Vandana Shiva and Harald Ebner (Bündnis 90 / The Greens), member of the Bundestag – among others. Farmers movements, environmental groups, trade unions and students organizations converged on May 25 at a protest in front of the WCCB building in Bonn, where the annual Bayer’s shareholders’ meeting was held. CSO’s representatives were also able to speak at the meeting inside the building. 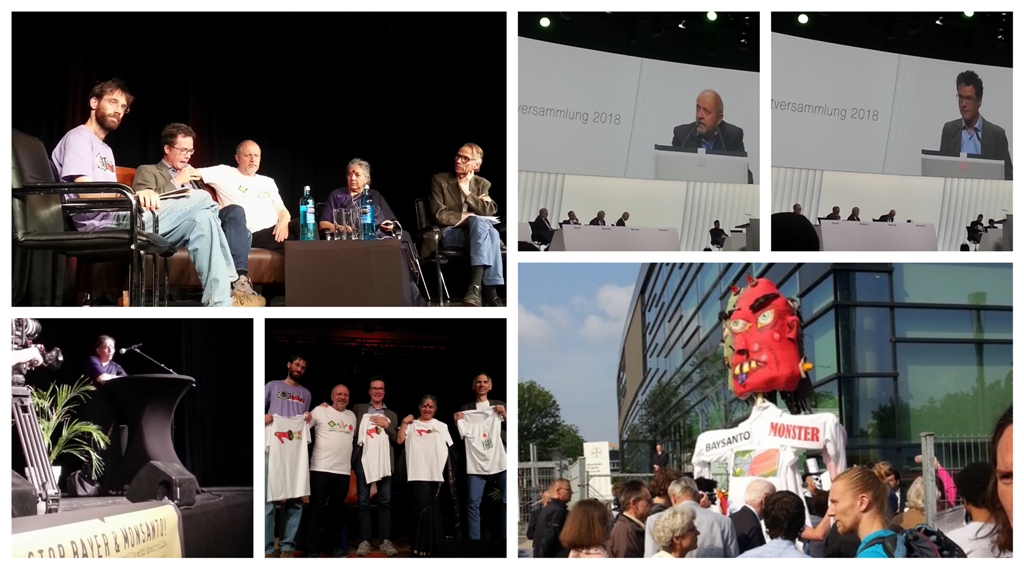 In November 2018, a panel debate took place in Berlin: Visions for Agriculture 2050, with Vandana Shiva, president of Navdanya International and Norbert Lemken, head of the agriculture politics department of Bayer AG. The heated discussion centered mainly on the opposing views of the speakers. Norbert Lemken defined the discussion as “challenging”. Dr Vandana Shiva stated: «Biodiversity is the web of life, weeds are food and pests are insects, if left in the right balance. The Poison Cartel which began with the extermination of humans in Hitler’s concentration camps, has today brought entire species to extinction. But there is much that we can do as individuals and communities. The defense of life in its vitality and diversity begins with saving one seed, planting one garden». 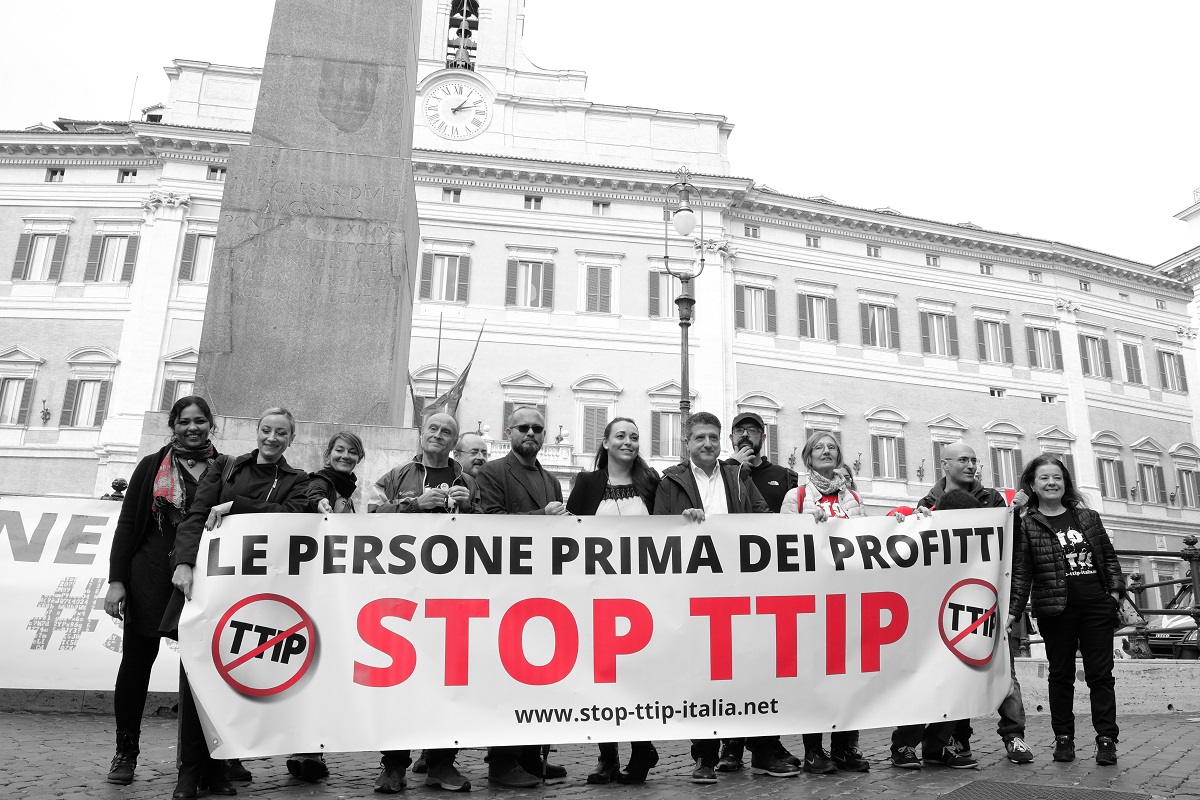 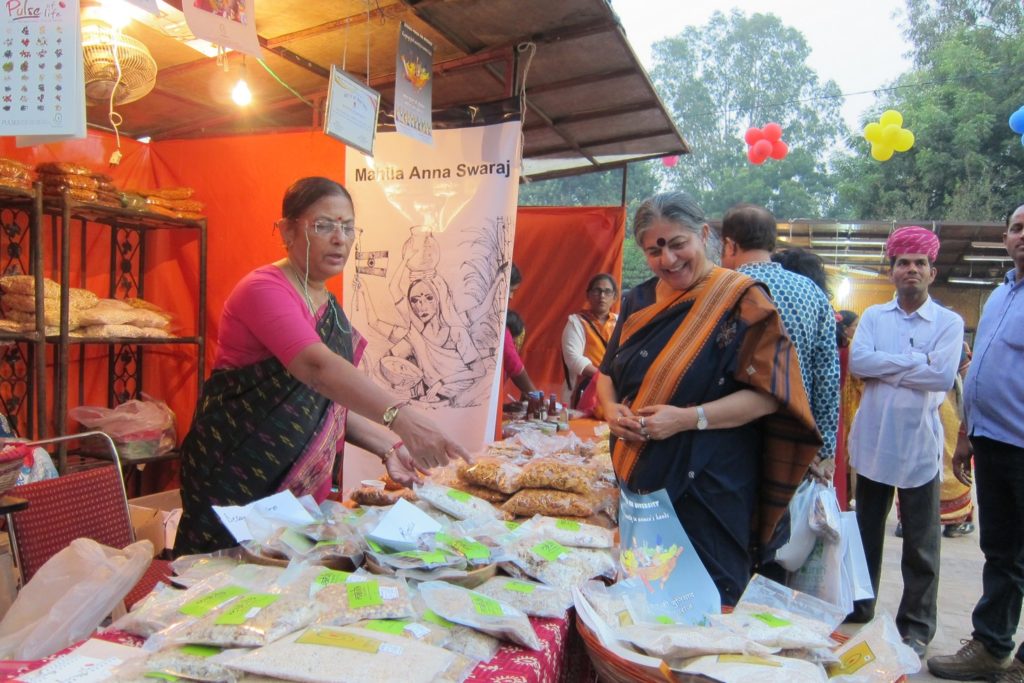 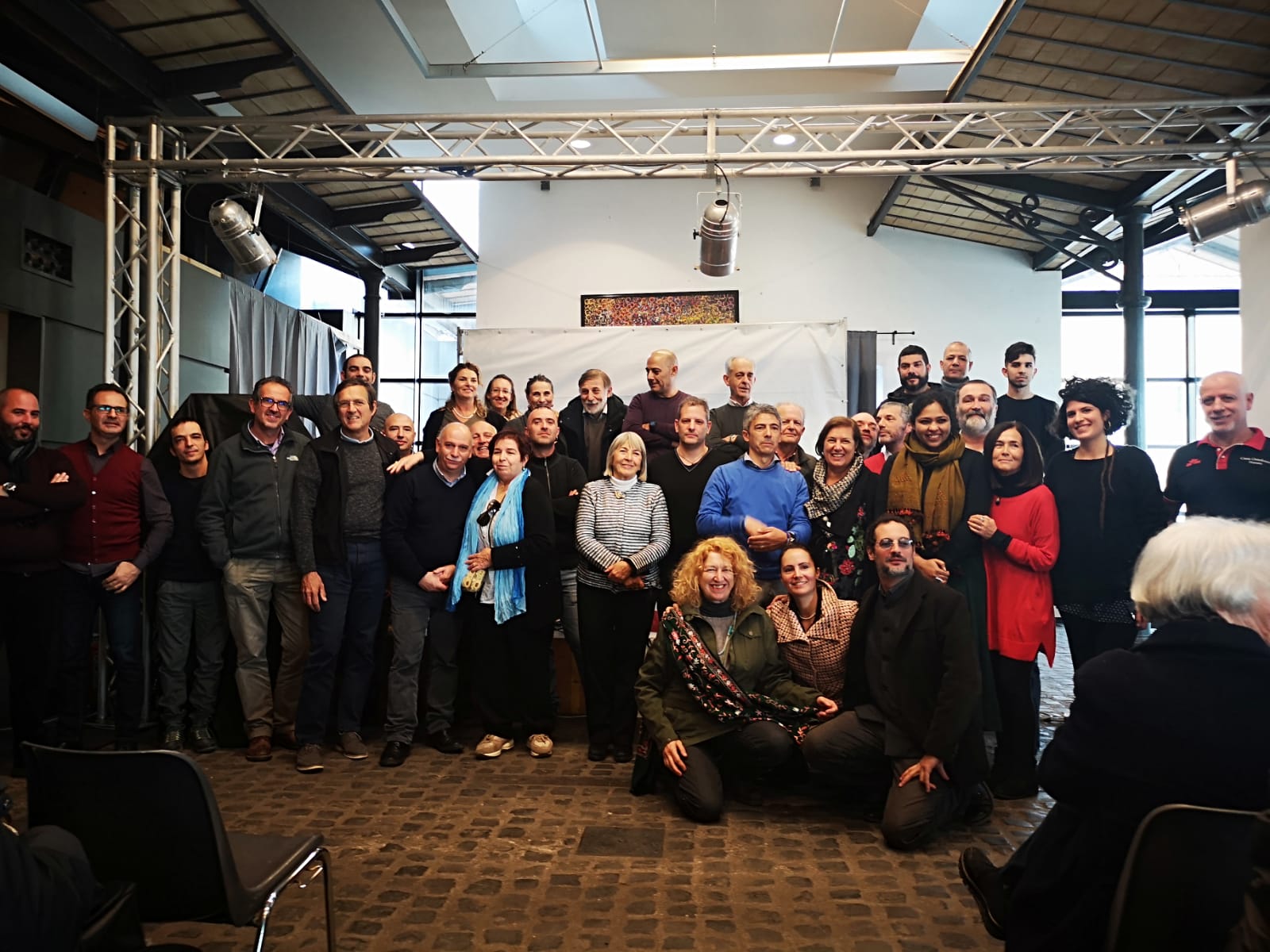 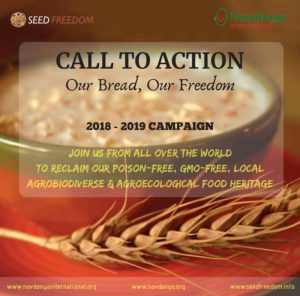