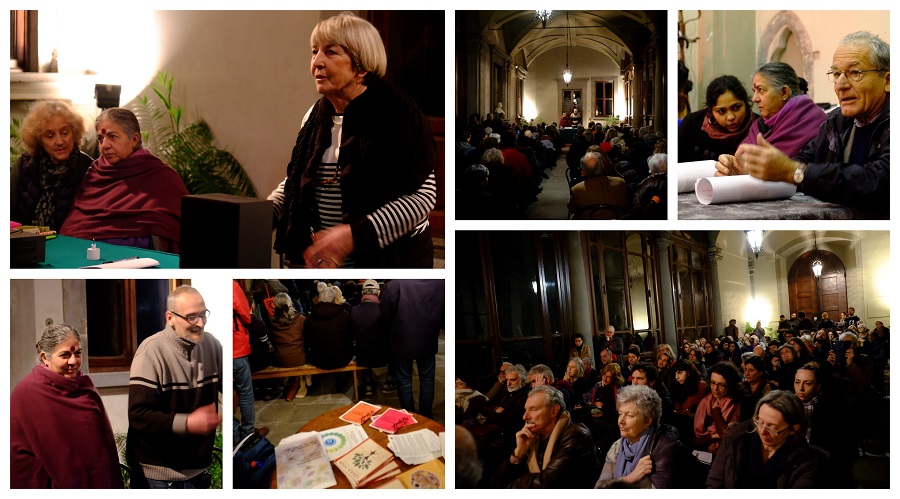 In closing,  Roberto Budini Gattai, of the association perUnaltracittà, pointed out that also historical Italian cities like Florence have  become a source of ever increasing corporate profits.   Public  administrations which see  attracting capital  as a panacea to all problems, are in fact acting in the interest of large speculators without taking the interest of people  into account: “Florence is among the first in Italy in unbridled competitive free-markets of the tourist industry.  The main target is the historical centre where the maximum income can be attained through the stockpiling and buying out of large and prestigious public and private buildings.   With the ideology of “more private and less State”, administrators are acting as estate agents on one side, and as facilitators of major works on the other, which are harmful to and encroach on surrounding settlements,  are useless to society, and which  only go towards increasing the transfer of wealth from citizens to deep-pocketed investors. He concluded that here are many affinities with previous speakers to unite and join forces to  build another kind of city, another social landscape, another world which is possible and necessary. “