Home > Events > Event Reports > A bridge between health and environmental sustainability the SALUS proposal brought to the European Parliament
06/10/2022à 2:38
Food for Health, Poison-Free Food and Farming
Event Reports, Events, In the News, News
This post is also available in: Anglais, Italien

The international conference “ Promoting health and sustainability: the natural way out of the permanent state of emergency ” was held on 28 and 29 September at the European Parliament in Brussels. Thanks to MEPs Rosa D’Amato and Manuela Ripa and the Greens / Efa group it was possible to bring the theme of health promotion linked to environmental sustainability to an institutional place.

Life expectancy in Europe has grown in recent decades but the quality of life has not. The data and studies presented during the two days of the conference outlined how it is actually possible to achieve healthier longevity thanks to a paradigm shift that focuses on a concrete strategy for promoting healthy lifestyles that unite health and the environment.

The response of European governments to the spread of Covid has highlighted a system vacuum: the emergency approach that has been put in place has not been accompanied by any significant intervention on health promotion that would have helped the population to strengthen the natural response. immune to infection . « The motto we have thought to define this paradigm shift is ‘compone et collaborate’ (unite and collaborate) » said the naturopath Milena Simeoni, creator of the SALUS initiative in 2019. Director of the LUMEN School of Naturopathy , Simeoni presented, among other things, the MINERVA project (MIgraine and Nathuropathy: Empowerment with nutRition, attententiVness and yogA). MNERVA represents an example of the paradigm shift that can concretely be implemented; the project, in fact, aims to promote, at a European level, independent and non-profit research on the efficacy of holistic naturopathy in the prevention and treatment of migraines. Another important piece of this paradigm shift is the Citizens’ Initiative (ICE) # Time4SustenaibleHealth. « The SALUS European Network » explained Simeoni « wants to collect more than one million signatures of European citizens to ask the European Commission to recognize and support the central role of the health and sustainability promoter (HSP), to activate local trials, to coordinate Member States to increase investment in health promotion up to 5% of health and social budgets.

To show the feasibility and concreteness of the proposals put forward by SALUS, the intervention of Dr. Pekka Jousilahti, epidemiologist and researcher who works as a research professor at the Finnish Institute for Health and Wellness (THL) , abbreviated as THL , was enlightening. , in Helsinki presented the positive results of a public campaign to promote healthy lifestyles conducted on a stable basis in the North Karelia Region from the 1980s to today. 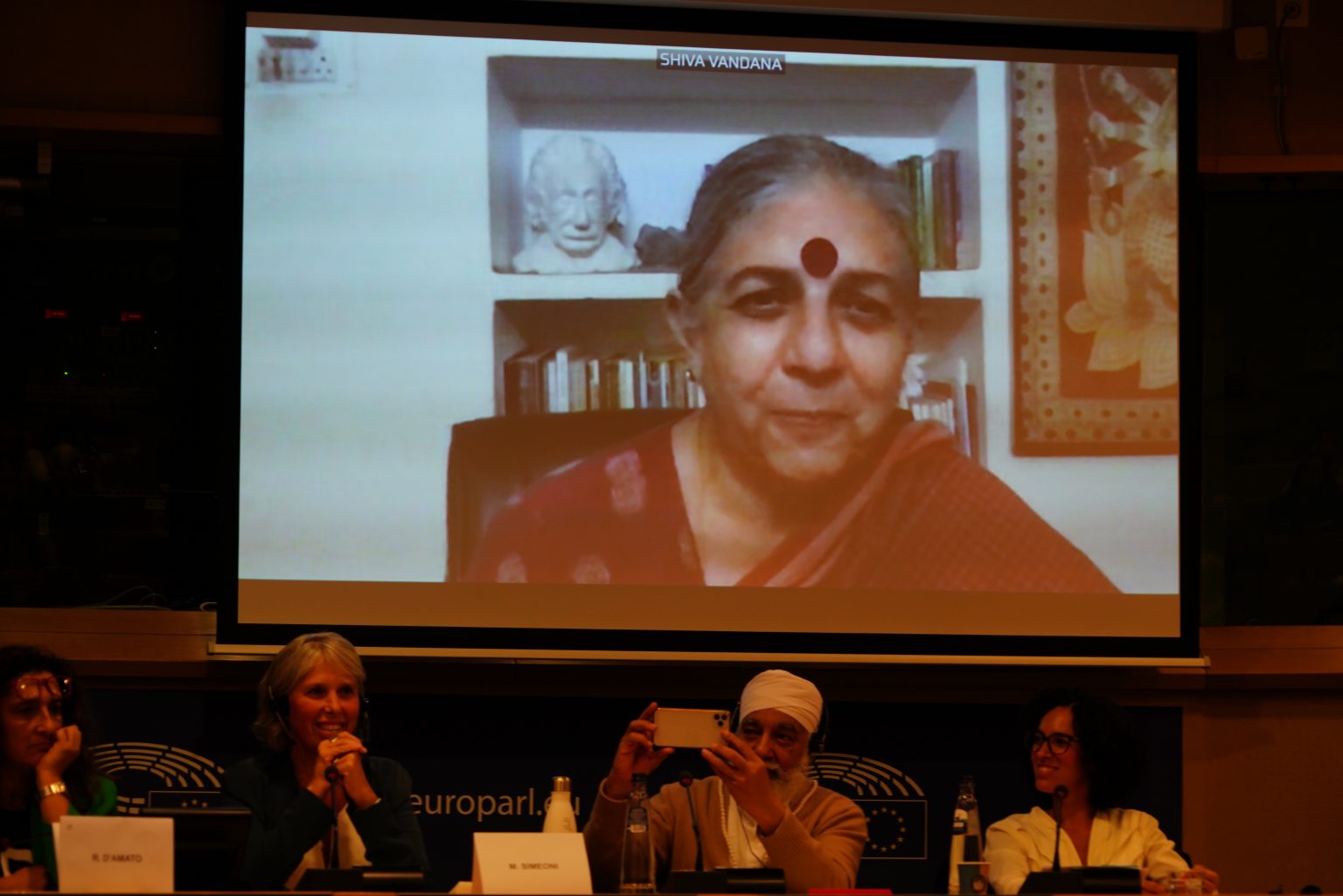 Among the interventions, several international speakers, including the famous Indian activist Vandana Shiva who recalled how the industrial agricultural model, characterized by monoculture, biodiversity reduction and widespread use of chemicals and, in parallel, a wrong diet strongly influence the incidence of chronic degenerative diseases and contribute to reducing the quality of life with advancing age. On the same wavelength, the intervention of prof. Mìguel Angel Martinez Gonzalez, Spanish doctor, epidemiologist, professor and researcher in nutritionwhich for twenty-five years has been engaged in research involving more than 22,000 participants and which demonstrates the importance of the traditional Mediterranean diet, both to ensure greater health and to ensure environmental sustainability.

Among the concrete paradigm shift proposals that emerged during the conference, there was also talk of the gradual transition from a health system that pays for the disease to one that pays for the healthy longevity generated. « This ambitious goal is possible » said Dr. Alberto Donzelli, president of the Alineare Sanità e Salute Foundation,specialist in hygiene and preventive medicine. “We need to make health profitable and create a bridge between education and health and health promotion. A proposal that goes in this direction, which emerged within the SALUS initiative, is to involve non-health professionals in the health system, such as experts in traditional and complementary medicines, who can collaborate with doctors in supporting citizens to achieve a change of lifestyle « . 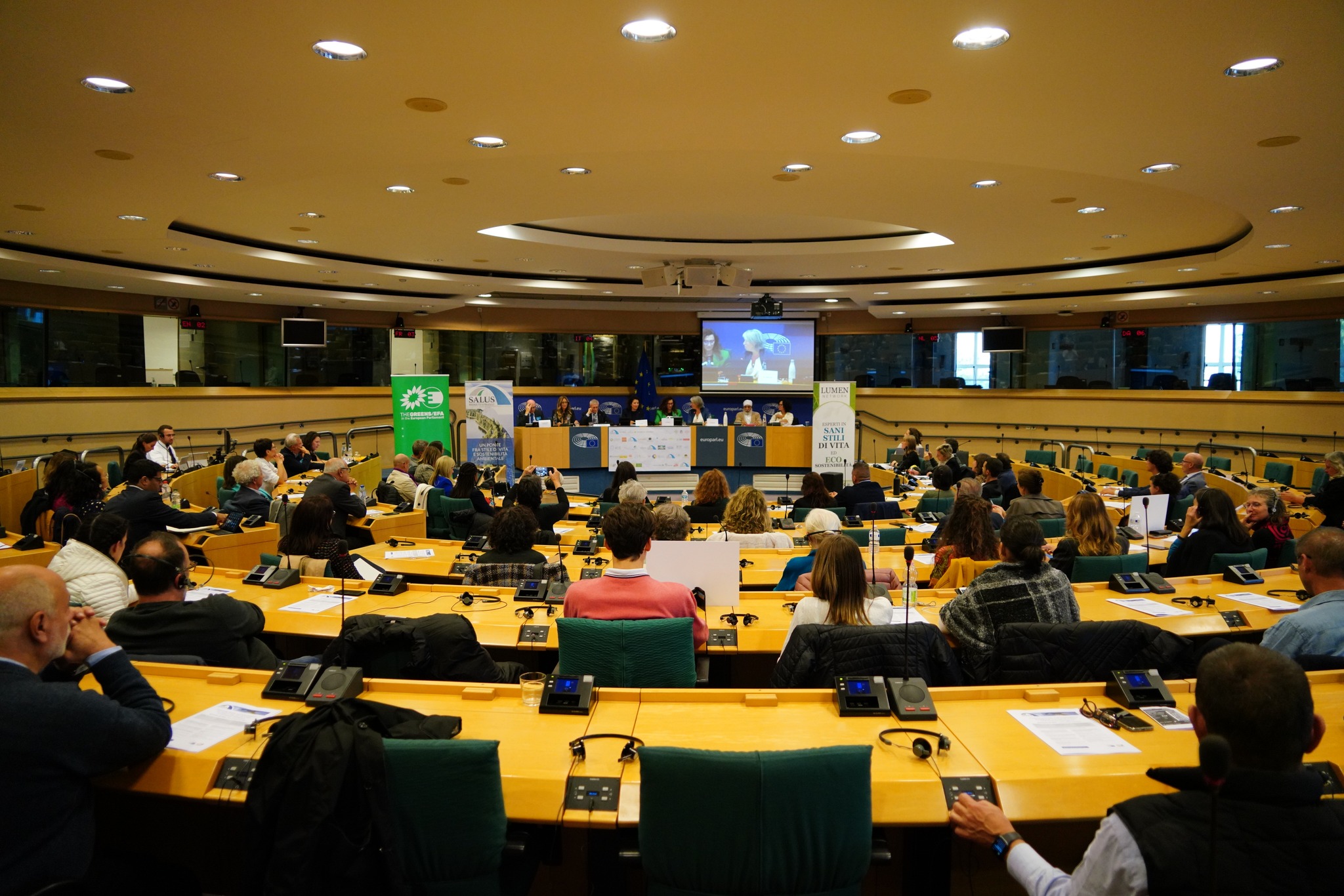 Among the practices related to the holistic world, we talked about meditation and its positive effects on the quality of life, as explained by Davide Pirovano, teacher of effective communication and meditation at the LUMEN network. « With mindfulness it is possible to reduce systemic pressure, perceived stress and anger, » he said. “This is why meditation can also be a fundamental tool for that change we want to see in the world”.

As part of the SALUS initiative, legislative proposals were also born: Dr. Alberto Zolezzi, an Italian parliamentarian, worked for example on the legislation on the recognition of sustainable intentional communities, « people who come together around a purpose, a project and a common set of values ​​that contribute to the good of the territory. The environment and ecology always return as fundamental ingredients for the change of paradigm, ”he explained.

Numerous and innovative the philosophical and scientific contents of the event that will soon see new European appointments to continue building the bridge between sustainability and health. Those who subscribe to the newsletter on the website www.salusnetwork.eu are sent the conference proceedings.