To create a « Bio-district of Roman Hills » on the outskirts of Rome, the largest agricultural municipality in Europe. This is the aim of the organizing committee’s coordination group of the “Biodistretto delle Colline e dei Castelli Romani”, who presented the initiative at the Tor Vergata Botanical Garden of the University of Rome on February 14, 2020.  Representatives of local governments, producers, consumers and leading national associations including Federbio, Aiab, WWF, ISDE, Biodinamici, Wigwam attended together with international associations including IFOAM, Inner, Navdanya International, and Cerealia, as well as Famiano Crucianelli, President of the Biodistretto della Via Amerina e delle Forre.

The local and international nature of the initiative was highlighted by Manlio Masucci, of Navdanya International, who mentioned how in 2018 the FAO granted its highest recognition to the Indian Biodistrict of Sikkim and how an organic production enterprise in the Castelli area can find convergence with the Food Policy program of the Rome administration. The Special Rapporteur on the Right to Food at the United Nations and member of Navdanya’s International Commission on the Future of Food and Agriculture, Hilal Elver, recently recommended to the Italian Government, in view of “the fragmentation of the food system” characterized by a still « inconsistent » presence of farmers’ markets and organic shops, that the government privilege “local products, for ensuring that consumers have access to better quality food”.  This would also support small producers who have to cope on a daily basis with the expanding intensive agriculture and large-scale distribution chains that control the food market. Finally, Navdanya’s support of the Biodistrict initiative is seen as the continuation of an alliance that has been strengthened over the years through many common battles, from the Seed Freedom campaign, to the opposition against glyphosate and the latest Poison-free Food and Farming campaign.

One of the first initiatives of the organizing committee will be awareness building among producers and consumers through the dissemination of the « Food for Health » Manifesto : a document in which leading international scholars address issues of food production in relation to the quality of the environment and human health – (Italian version published by Terra Nuova – media partner of the initiative).

This post is also available in: Anglais, Italien, Espagnol 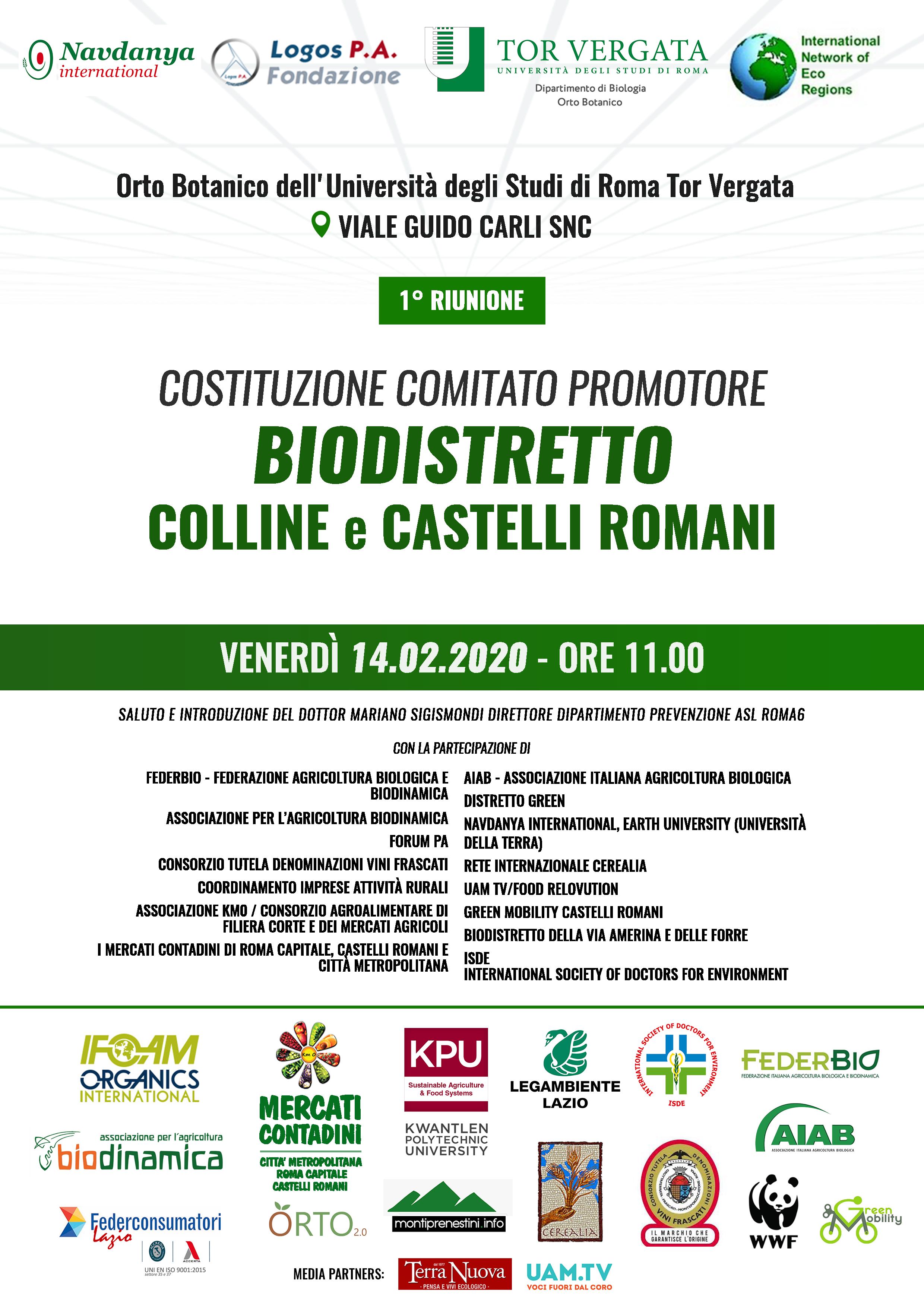