For the last few days we have been celebrating Biodiversity at Navdanya. Amidst the heated context that India finds itself in with regard to the farmers’ crisis, the recent farmers’ protests, corporations hijacking our food supply, and an attack on diversity, freedom, democracy and peace,  it becomes an act of resistance to celebrate the gifts that Mother Earth provides. 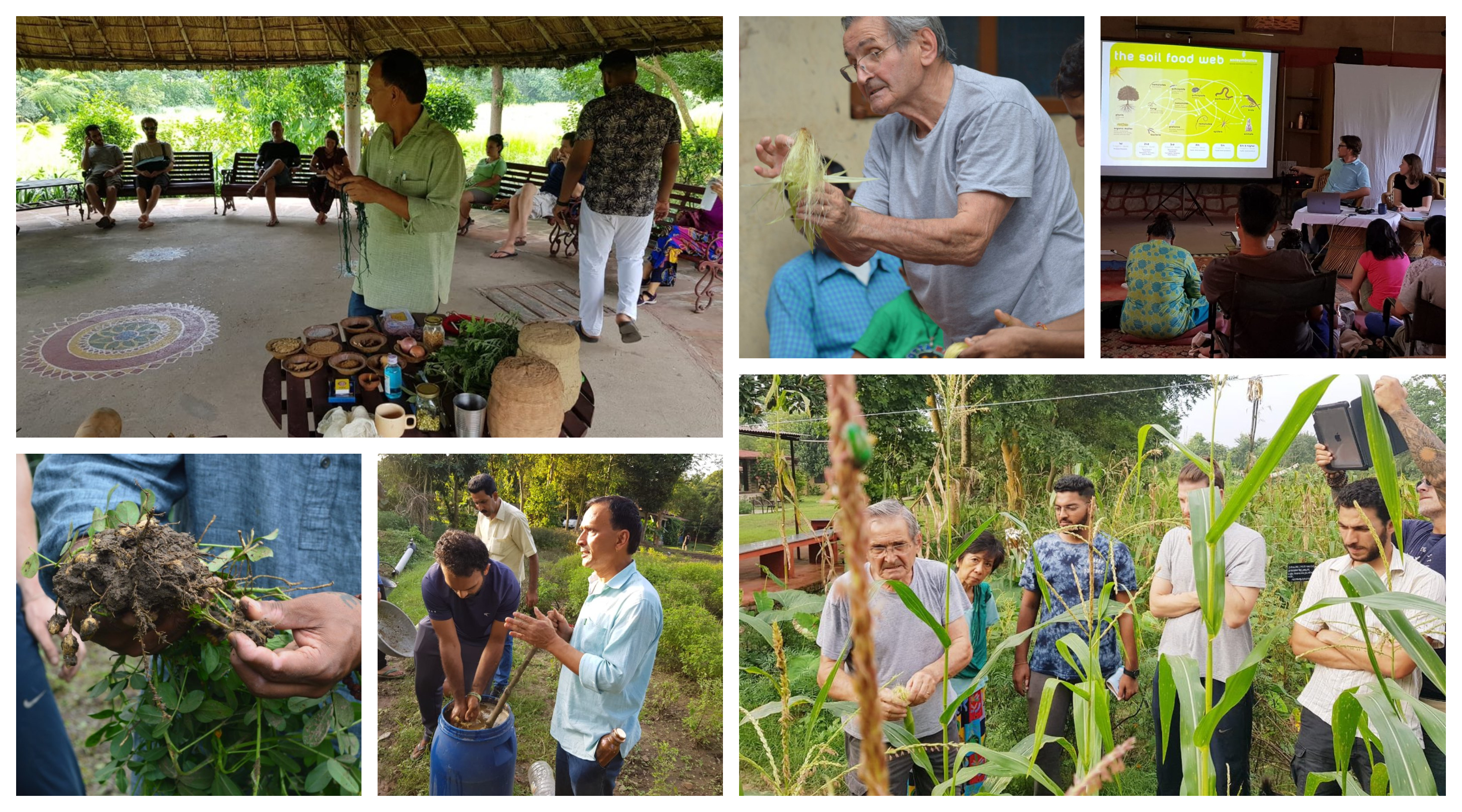 Right after the end of the A-Z on Biodiversity, Agroecology and Organic Food Systems course at Navdanya’s Earth University, celebrations began on 2nd and 3rd October with the Women’s Biodiversity Festival, where Diverse Women of the world planted Seeds of Freedom and Gardens of Hope, and communities from India and other parts of the globe cooked the diversity of breads and traditional dishes from around the world to launch “Our Bread, Our Freedom” campaign.

On October 6th we had the Navadanya’s gathering of farmers, Vasundhara. Women and small farmers of Navdanya networks from all over India were joined by international experts and civil society movements’ representatives to discuss Seed and Food Sovereignty, Biodiverse Organic Farming methods and programs, and how we can create solidarity in our communities. “Farmers are not producers of commodities which are nutritionally empty and toxic.”, said Dr Vandana Shiva “Farmers are carers for the Earth, that is why Vasundhara, which means The Earth, is the place for farmers”.

From October 4th to 6th, the International Biodiversity Congress was held at the Forest Research Institute in Dehradun. A 3 day congress focused on Biodiversity, from the scientific level to children, who joined eminent scientists from around the world. The theme of the congress was: ‘towards an ecological civilization’, Vasudhaiva Kutumbakam, the Earth Family. Navdanya joined forces with various national and international partners and launched the movement for a Biodiverse Organic Himalaya, joined by the women seed savers and organic leaders from the Himalayan Region, Ladakh, HP, Uttarakhand, Sikkim, Manipur, Arunachal Pradesh and Assam, and partnering with Pawan Kumar Chamling, the chief minister of Sikkim. He will be awarded the Future Policy Award 2018 by the World Future Council, the Food and Agriculture Organisation of the UN (FAO) and IFOAM Organics International in Rome during the World Food Day celebrations on 15th October 2018. Also Dr Vandana Shiva is part of the jury of experts, who will be deciding upon the winning policies of the Awards – the best on Earth scaling up agroecology.

On October 7th and 8th the Earth University hosted a Regenerative Agriculture gathering and Regeneration International General Assembly. The event included a tour of Navdanya Biodiversity conservation farm, Seed Bank and Earth University, as well as talks, given by Drona Chetri and Neha Raj Singh – courses and programs coordinators – on Navdanya’s history, work, vision and activities, including Earth Journeys through different regions across India to show the diversity that has been built in 30 years of work with farmers and communities. During the indoor meeting, various aspects of Regenerative Agriculture and movement were discussed, thanks to the contributions of Ronnie Cummins, founder and director of the Organic Consumers Association and co-founder of Regeneration International, Christine Von Weizsacker, one of the founders of Diverse Women for Diversity and Dr Vandana Shiva, founder of Navdanya – among others.

As Dr Vandana Shiva pointed out at the end of the events series: “The main issue that emerged from these days is that we need a shift from corporations controlling food, to food in women’s hands, who can teach us how to be Planetary Citizens by taking care of this Earth. We learned that the reductionst mechanistic paradigm has shrunk our ways of thinking and has created monocultures, hunger and scarcity, through mechanistic, militarised thoughts and the violence against the planet, as well as the violence against people, pushing a billion people to hunger and another 3 billion to chronic diseases linked to bad food. We also saw that the rule of money and the rule of greed has created scarcity for the 99%, while concentrating wealth in the hands of the 1%, who have only money-making as their objective. This is the only planet that’s living. Trashing it, destroying it and escaping is not a human responsibility, it is being violent against the earth, violent against the future”.

Celebrating Biodiversity is celebrating life, its abundance, its resilience. It is celebrating our membership in the Earth Community. Biodiversity weaves the web of life: from the forests to the oceans, from our farms to our plates, and our gut. It provides alternatives to fossil carbon and the climate havoc it is causing. Through Biodiversity we can build an ecological civilization.