Home > Events > Save the date – Webinar: Regeneration for Climate Resilience. Will the COP26 still rely on false solutions?
22/10/2021 at 4:36 pm
Climate Resilience
Events
Content not available.
Please allow cookies by clicking Accept on the banner

Hosted by Navdanya International, “Regeneration for Climate Resilience”, brings together

Tom Newmark – co-founder and chair of The Carbon Underground.

In preview to the upcoming COP26, this discussion will focus on how true biodiversity-based, ecological and cultural regeneration is needed to build climate resilience for the future.

We live in a time of unprecedented crisis generated by 200 years of planetary exploitation. This has led us down the path of possible, irreversible climate change, along with biodiversity erosion and extinction of species, all symptoms of ecological destruction caused by the industrial food system. In the name of solving the climate crisis, large corporations, industries, and lobby groups are now promoting a whole range of techno-fix solutions such as genetically modified crops and gene editing, lab-grown foods, geo-engineering, biofuels, carbon-capture, and carbon credits. These solutions completely disregard nature and its regenerative abilities by attempting to technologically replace the natural processes they have destroyed, while creating new opportunities for the fossil fuel industry to continue polluting.

We now have the choice to go down a different path that acknowledges the central role that biodiversity-based, local, ecological, and regenerative food systems have in building climate resilience through regenerating the planet, our biodiversity, our local communities, our health and our democracy.

The conference will also be broadcast live on the Navdanya International Facebook Page. 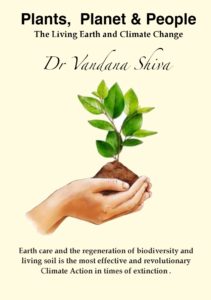 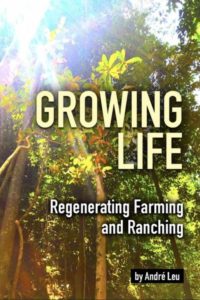 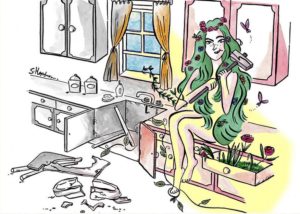 «Soil is not a sink. Or a bathtub. Carbon flowing through the soil-food web doesn’t go “into” a tank, and we’ve got to stop talking like it does. What soil is, instead, is living tissue that grows or contracts depending on how it is nourished or exercised. After all, when carbon flows into the tissue of the soil, it doesn’t compact the soil as it would if the carbon was filling up the empty spaces in a tank. Carbon-rich soil is more porous, creating what is called the soil water battery, the spongelike tilth of healthy soil that actually increases in volume as soil organic matter increases.» Read more