Home > News > The fight against GM mustard in India is crucial for the global war on GMOs
01/08/2017 at 7:32 μμ
Corporate Control and Economic Democracy, Seed Freedom
News, Our Articles
GMOs, India

If approved, GM mustard would become the first GMO to enter India’s food chain: this is why the fight doesn’t involve India alone but the whole world. 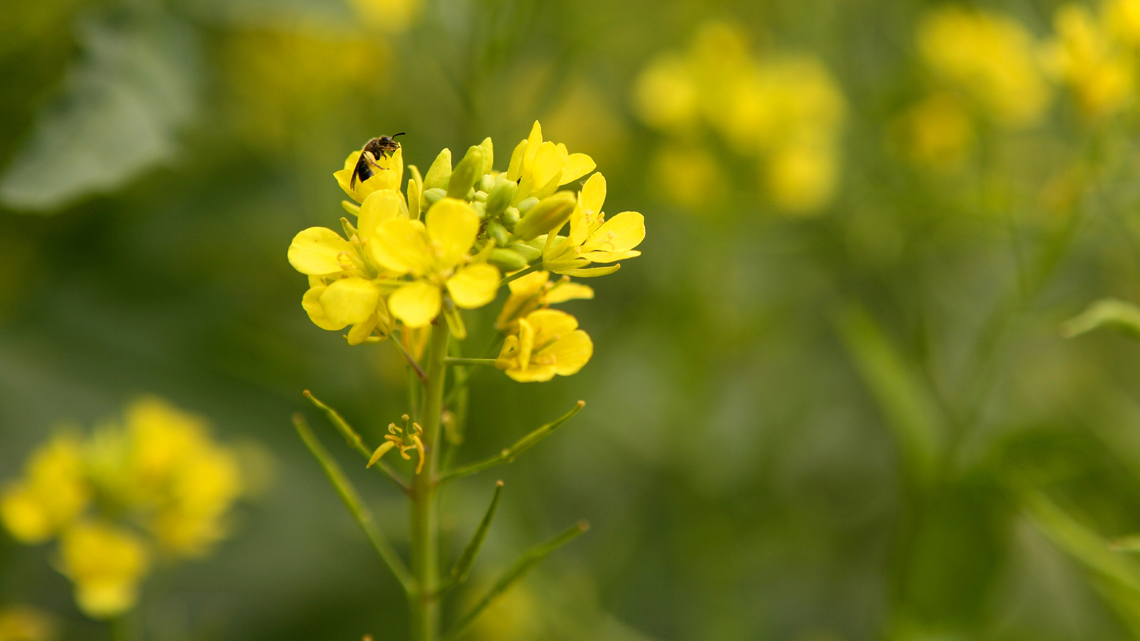 The release of GM mustard would threaten farmers’ livelihoods and pose a high risk of contamination of mustard germplasm in a centre of cultural diversity such as India. GM mustard has potential adverse impacts on honeybees. Farmers worry that gm mustard will impact the pollen and nectar collection by honeybees resulting in lower mustard honey production and exports. Farmers and civil society are worried that the approval for this technology will open the gates for the entry of tens of other GM food crops. Bayer‘s Liberty Link crops are only two of the wo main types of gm crops resistant to the herbicide glufosinate.

The case of gm mustard in India

The battle against the approval of GM mustard (DMH11)in India is consequently growing across the whole country. In May 2017, hundreds of farmers and activists demonstrated outside the gates of the Environment Ministry in Delhi, while India’s largest farmer’s unions also wrote to Minister for the Environment Harsh Vardhan asking him to reject the commercialisation of gm mustard. Vardhan is also the Minister of Science and Technology and was one of the funders of gm mustard development. In a clear conflict of interests, he is now also the person who will take the final  decision to approve or not. Resistance to the corporate takeover is growing also at a local level. While corporations and their lobbies, such as ABLE India, have upped the ante on the approval of gm mustard, thanks to the resistance across the country, five key Indian states including mustard-growing states have now banned the cultivation of gm mustard. The latest State to take a stand is Rajasthan, which has stated that it will not allow gm mustard even in case of approval at the federal government. With Rajasthan being the state where 46 per cent of Indian mustard is grown, this position could become crucial in the process. 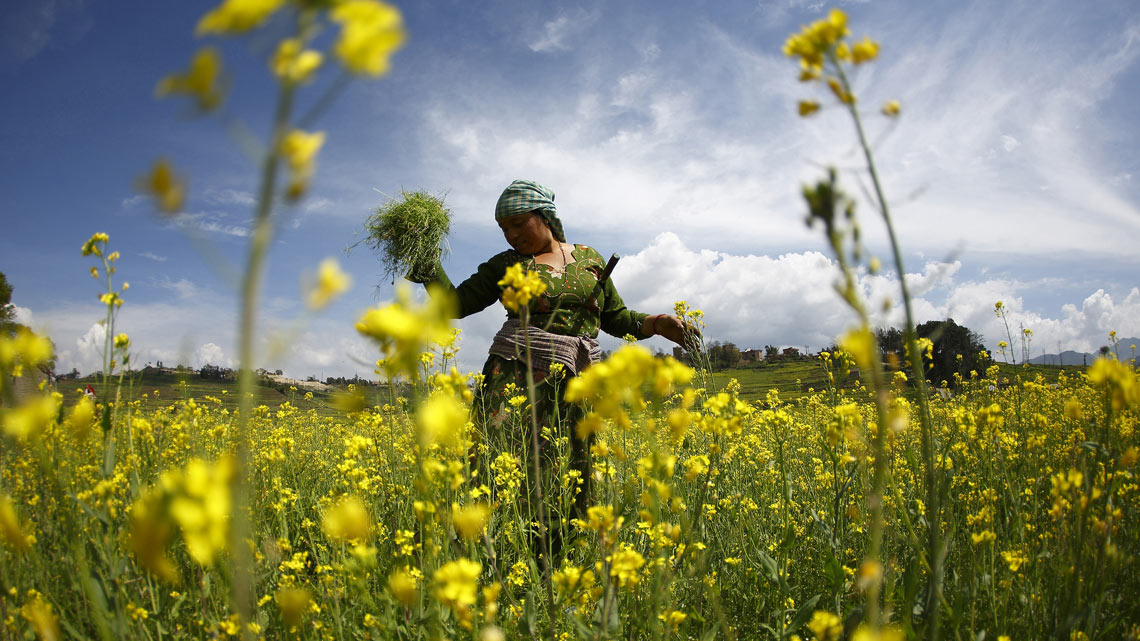 The Indian state of Rajasthan said that it will not allow the cultivation of GM mustard, even if the government approves it (Photo: Reuters)

This is not the first time that Indian mustard is under threat. In 1998 India’s indigenous edible oils made from mustard, coconut, sesame, linseed and groundnut processed in artisanal cold-press mills were banned, using food safety as an excuse. The restrictions on import of soya oil were simultaneously removed. One million oil mills in villages were closed. And millions of tons of artificially cheap gm soya oil continue to be dumped on India. Last year, over 124 farmers groups, scientists, lawyers and activists organized an All India People’s Assembly against gm mustard and launched a nationwide ground campaign, working with farmers to practice ecological methods of agriculture with local varieties as well as organising festivals celebrating  indigenous mustard and inviting citizens to join the civil disobedience. While the resistance against the imposition of gm mustard takes root, it is important to save and propagate the indigenous diversity of mustard.

The future of the food and farming system of the world

The battle against the commercialization and approval of GM mustard by civil society movements in India is not about the narrow issue of a technology tool in a specific area of the world, it is about a much broader issue of which food and farming system we want globally.

The release of specific GM crops in those parts of the world which are recognized as a centre of origin of those same crops, raises important questions on the issue of germplasm contamination and represents a threat to the future of biodiversity at a global level. In the Report “Maize Under Threat, GE Maize Contamination in Mexico”, published by Greenpeace in 2003, the authors state that “GE crop contamination in centres of diversity poses a major global concern and urgent measures must be taken to ensure the integrity of such centres. We can’t afford to let the very sources of our food supply become irreversibly contaminated”.

The global battle against GMOs

As the immense diversity of mustard crops is now under threat in India, so too are under way harsh political debates and people’s mobilizations in other parts of the world to counter similar issues. For more than a decade Monsanto and other agrichemical industries have been fighting to impose GM corn in Mexico. In 2012, in response to the umpteenth request by Monsanto for authorisation to grow and commercialize GM corn, a coalition of Mexican scientists, the Unión de Científicos Comprometidos con la Sociedad (UCCS) – Union of Socially Concerned Scientists, published a declaration and launched a wide international opposition campaign. 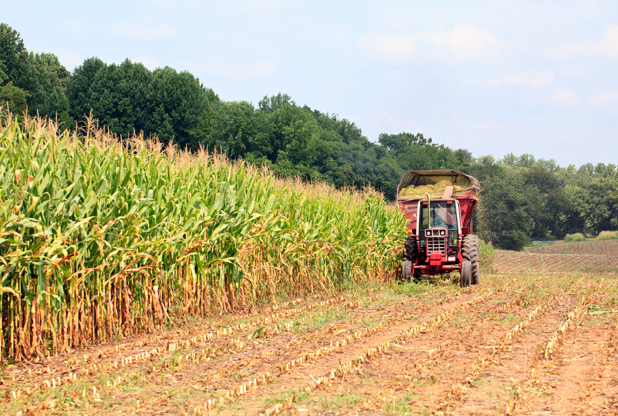 For more than a decade Monsanto and other agrichemical industries have been fighting to impose GM corn in Mexico.

The declaration states that “Mexico is not only the cradle of corn, the second most important commodity crop in the world, but it also stewards one of the few Centers of Origin and Diversification, from which the world derives the genetic diversity needed to maintain its production in the mist of new plagues and climatic challenges”. With reference to and in support of the declaration, Etc group defined the possible authorization of GM corn by the Mexican government as a “crime of historic significance”. Moreover, the News Release states that “genetic contamination of Mexican peasant varieties will be inevitable. We are talking about damaging more than 7,000 years of indigenous and peasant work that created maize – one of the world’s three most widely eaten crops”.

The victory against GM eggplant in India

Since its approval in Bangladesh in 2013, the cultivation of Bt eggplant (Bt brinjal) has been strongly criticized. Farida Akhtar, founder of Ubinig, a Bangladeshi NGO that maintains community seed banks, declared that Bangladesh is a centre of origin of brinjal and home to over 100 varieties. “These varieties”, she said “now face genetic contamination from the GM varieties through natural cross-pollination”.

The same Bt Brinjal was stopped in India in 2010. At the time civil society movements and numerous independent scientists had expressed great concern on how contamination between the GM eggplant and other eggplant traditional varieties would have been rapid and  irreversible. The Supreme Court declared a moratorium of 10 years on any field trial, while the technical advisory committee (TEC) also recommended a ban on the “release of GM crops for which India is a centre of origin or diversity, as rice, brinjal, and mustard”. 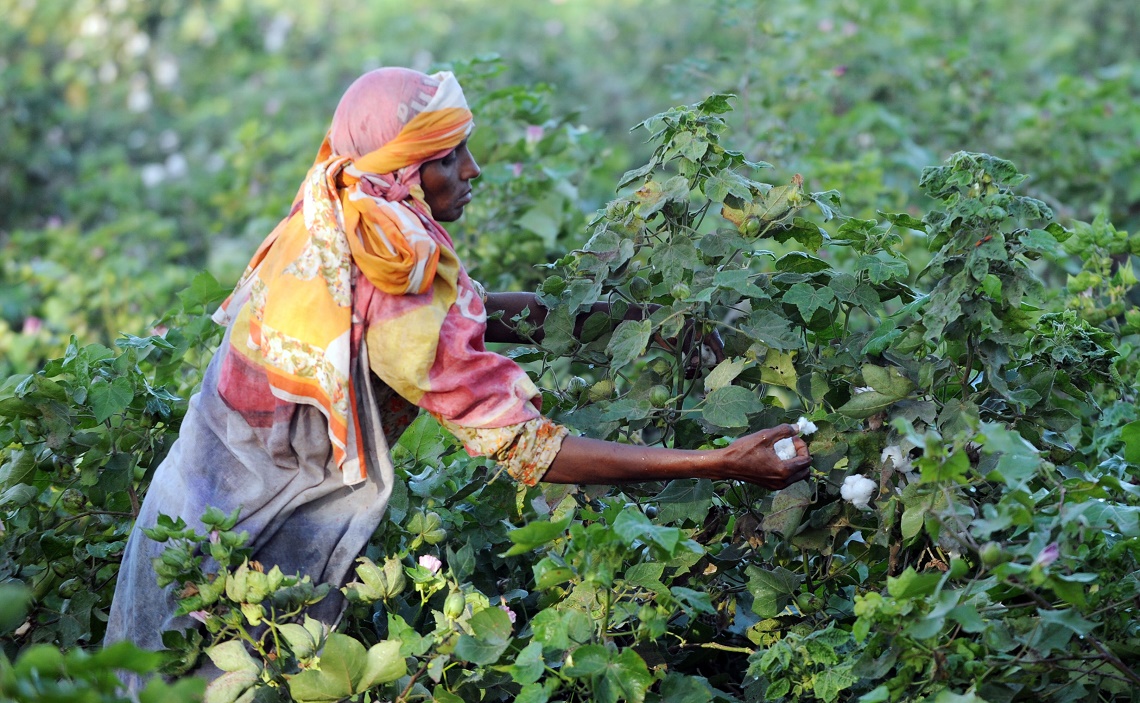 The only GM crop cultivated in India is Bt cotton. The experience of Bt cotton cultivation over the past 15 years has exposed the hype about GM crops and the devastation on farmers livelihoods and biodiversity.

Within a decade, Bt cotton was adopted by nearly 7 million farmers, and they cover 97 per cent of the area planted with the crop today. But the pests for which BT cotton was created have become resistant and pesticide use on farmers fields have gone up.

Not against technology, but for a democratic debate

History may repeat itself. Since its introduction for approval, the fact that GM mustard is a glufosinate herbicide resistant crop has been hidden from the public. Glufosinate is a neuro toxic pesticide that causes damage to nerves and the brain. Mustard is used as a medicine and in every kitchen of India. Herbicide tolerance would mean increased plant residues. The farmers’ battle is therefore not against technology. The country needs a democratic debate on the systems of food and agriculture that protect biodiversity, people’s health, farmers livelihoods. Decisions about what we eat and how our food is grown cannot be left to opaque committees, connected to the biotech industry and disconnected from the democratic processes that should govern our lives and our food. The movements are demanding a high level citizen enquiry which makes transparent the links between institutions and the agrichemical corporations of the Poison Cartel.