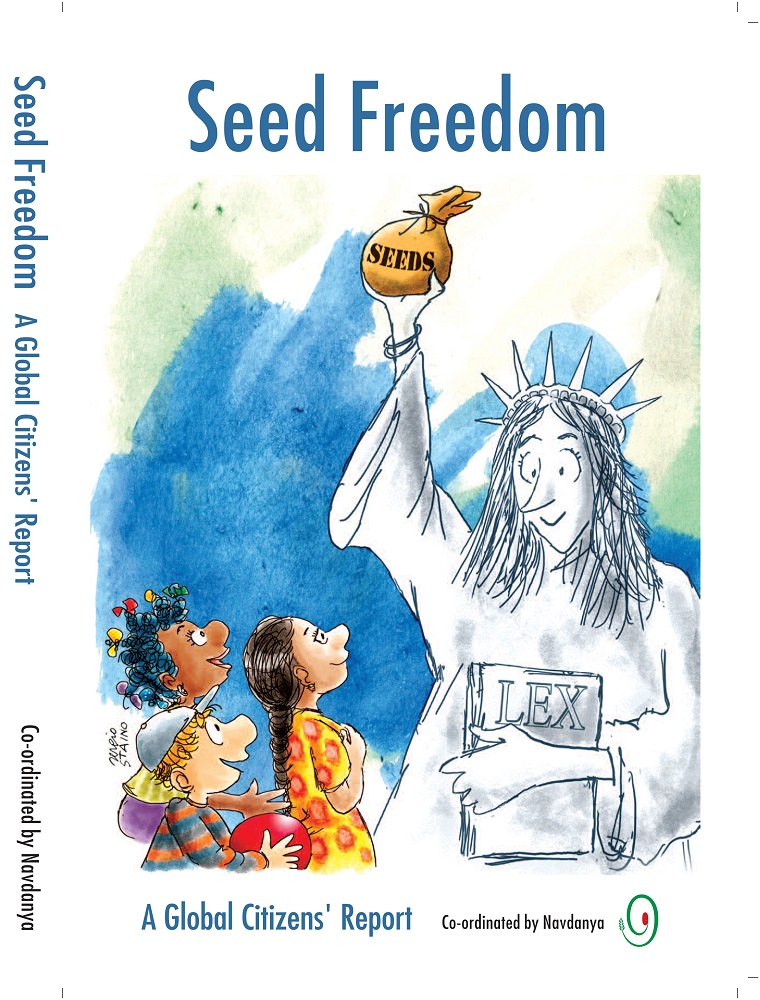 In a defiant step against corporate control over food sovereignty, activists issued a report to draw attention to the extreme threat that Intellectual Property Rights (IPR), genetically modified organisms (GMOs) and corporate influence have on the future of food security and individual independence.

“Seed Freedom: A Global Citizen’s Report,” was written by over a hundred organizations, experts, activists and farmers under the direction of Dr. Vandana Shiva’s organization Navdanya; some prominent contributors include Pat Mooney, Jack Kloppenbur and Salvatore Cecarelli. Hoping to to draw attention to the “serious risk to the future of the world’s seed and food security,” the document focuses on the imperative to stop laws that are preventing farmers from saving and exchanging their native varieties of seeds by encouraging individuals to pressure governments to roll back patents on seeds and seed laws.

As articulated in a statement on Navdanya’s site from 2010:

“Leaving the control over seeds to multinational corporations means leaving decisions on choice in the food market and the way food is produced to those whose first aim is to make a profit, not provide food security.”

The report gives examples from movements around the world and grassroots initiatives that have successfully fought for seed freedom, from indigenous women in Chile to organic farmers in Oregon. “Seed Freedom” also gives information on indigenous varieties of seeds by region.

This is one of many measures meant to counter the threat of industrialized food systems. In July, Navdanya hosted a conference that included farmers, activists, scientists, legal experts and students resulting in the foundation of a national alliance of individuals committed to the cause of protecting biodiversity and small farms. The organization has also launched a global campaign on seed freedom from October 2 to October 16, ending on World Food Day.

On her blog, founder and director Vandana Shiva writes, “I started Navdanya to save seeds to prevent the memory in the seeds from being erased forever. For us, that is seed freedom.”

The ‘Slow’ Power of Environmental Communication

An interview with Satish Kumar who focuses on the importance of information, education, and...

By Manlio Masucci, Navdanya International Interview with Professor Piccolo, one of the leading international...