From Assam, Bihar and Uttar Pradesh, where floods displaced 41 million people and killed nearly 500, to Houston and Mumbai, where floods brought life to a standstill it is becoming increasingly evident that we are not living within the ecological limits and boundaries of our planet and are facing the consequences of violating the laws of Earth.

When we disrupt the Earth’s self-regulating climate systems, we receive climate chaos and climate uncertainty, not predictable climate change, which we can “geo-engineer” or “genetically engineer” our way out of.

The domination of the engineering paradigm began with the fossil fuel age, the age of industrialism and mechanism and the doctrine that all natural phenomena, including life and thought, can be explained with reference to mechanical or chemical processes.

Over the past 200 years, a small part of humanity has trashed the planet — designing an economy fuelled by coal, oil and gas and a knowledge system based on a mechanistic, reductionist and materialistic paradigm.

The pollution of atmosphere has disrupted the climate systems and climate balance. The destruction of habitat and spread of monocultures have contributed to what scientists are calling “the sixth extinction” — the disappearance of biodiversity at 1,000 times the normal rate.

We are eating, drinking and breathing oil.

The extraction of fossil fuels (dead carbon) from the earth, burning it and putting uncontrollable emissions into the atmosphere leads to the rupture of the carbon cycle and, through it a destabilisation of climate systems.

Steve McKevitt and Tony Ryan in Project Sunshine point out that all the coal, petroleum and natural gas we are burning and extracting was formed over 600 million years. We are burning up 20 million years of nature’s work annually.

The carbon cycle is broken and we have broken the cycle.

Dependence on dead fossil carbon is also responsible for creating scarcity in living carbon, which reduces availability of food for humans and for the soil organisms. This scarcity translates into malnutrition and hunger on the one hand, and desertification of the soil on the other. Chemical agriculture intensifies chemical and capital inputs, while reducing the biodiversity, biomass and nutrition that the seed, the soil, the sun can produce.

To fix more living carbon from the atmosphere, we need to intensify our farms and forests biologically — in terms of both biodiversity and biomass.

Biodiversity and biomass density produces more nutrition and food per acre, thus addressing the problem of hunger and malnutrition. It also increases (not just) the living carbon in the soil, increases other nutrients and the density of beneficial organisms.

The more biodiversity and biomass we grow, the more the plants fix atmospheric carbon and nitrogen, and reduce both emissions and the stocks of pollutants on the air. Carbon is returned to the soil through plants. That is why the connection between biodiversity and climate change is an intimate connection.

The more the biodiversity and biomass intensification of forests and farms, the more organic matter is available which will be returned to the soil, thus reversing the trends towards desertification. This is the primary reason for displacement which ultimately leads to uprooting of people and creation of refugees.

To repair the broken carbon cycle we need to return to the seed, the soil, the sun, to increase the living carbon in the plants and in the soil. We need to remember that living carbon gives life, dead fossil carbon is disrupting living processes. To remember that with our care and consciousness, we can increase living carbon on the planet and increase the well-being of all. The more we grow it, the more we have. On the other hand, the more we exploit and use dead carbon, more pollution we create and the less we have for the future. Dead carbon must be left underground. This is an ethical obligation and ecological imperative.

This is why the term “decarbonisation” — without qualification and distinction between living and dead carbon — is scientifically and ecologically inappropriate. If we decarbonise the economy, we would have no plants, which are living carbon. We would have no life on earth that creates and is sustained by living carbon. A decarbonised planet would be a dead planet.

We need to “recarbonise” the world with living carbon. We need to “decarbonise” it of dead carbon. As we grow more living carbon through agro-ecology and organic farming, we have more fertile soils that produce more food and hold more water, thus increasing resilience to drought and floods.

Biodiversity intensive organic farming produces more food and nutrition per acre. By providing ecological functions and services for pest control, it allows farmers to liberate themselves from chemical fertilisers and poisons, and free themselves of debt — the main cause of farmers’ suicides. Farmers’ incomes can increase ten-fold by giving up dependence on costly chemicals and on growing commodities whose price keeps falling. Growing real food at zero cost is the road to “goal 2” of the SDGs on zero hunger.

We pretend that we are above Mother Earth and we are her masters and in control. We pretend. Fossil fuels have allowed us to have this illusion that we do not have to live within the Earth’s ecological processes, limits and boundaries.

But climate change, extreme natural events and climate disasters are becoming ever more frequent reminders that we are a part of the Earth, not apart from her. Every act of violence that disrupts ecological systems also threatens our lives.

The threat to human survival is now being recognised, but is still not seen in relation to the violence against the Earth, and it is not seen in the context of how we must change from being a careless and predatory species to a caring, compassionate one, working in co-creation and co-evolution with the Earth.

Stephen Hawking has warned that we must leave Earth within the next 100 years and colonise other planets in order to survive. For him there are only two choices — extinction or escape.

But such escapism is both a declaration of irresponsibility (to take care of the Earth) and a declaration of technological hubris and arrogance. It is a blindness to the fact that some humans have ruptured the fragile ecological processes that maintain and rejuvenate life on Earth, and a refusal to recognise our ecological duty to apologise to our Mother, stop causing her further harm and dedicate all our love and intelligence to heal her, one seed at a time, one garden at a time.

By giving up the anthropocentric technological arrogance of masters and conquerors and adopting humility — that we are members of the Earth Family — we can with the seed, the soil, the sun, rejuvenate the planet and our future.

Unlike Mr Hawking, I see a third option — beyond extinction and escape — of staying, healing and defending our home. Staying at home, protecting and rejuvenating the Earth’s living systems and living processes is our ethical and ecological duty. It is our dharma as Earthlings. 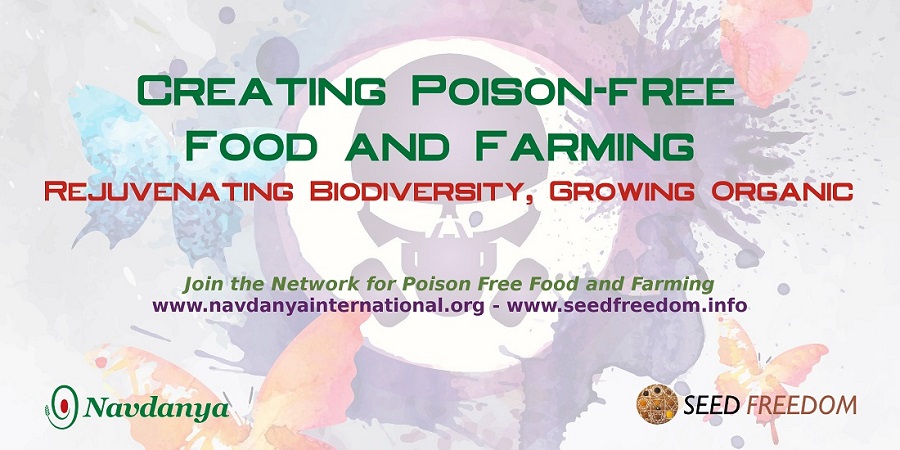