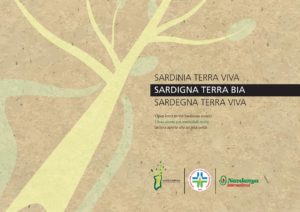 Open letter to the Sardinian society

The letter shows that “Sardinians strongly request a change, being aware of the opportunity of life in a land still rich in biodiversity, despite the suffered damage and which can still get rid of big financial and economic powers. It can become a garden where the man and the land find the lost harmony and resume a relationship broken with violence several years ago, in short become the Mediterranean Eden. The economic paradigm proposed at the end of the last century, based on the linear one way ex-ploitation of nature and society wealth and resources has already endangered the resistance and the stability of the communities and territories. A reflection needs to be carried on the means to promote actions that reconcile productive activity with the nature’s cycles; to protect of the health and well-being of populations, avoiding prevalence of huge groups of interests and their speculative financial activities. A cultural and social revolution is required through new forms of participation among citizens and institutions, encouraging a transition from the linear economy of resources consumption towards a circular economy […]”.